Sponsored Charities for the Ride for America 2021

San Francisco Firefighters Cancer Prevention Foundation is committed to the prevention and early detection of cancer and providing access to cutting edge care for active and retired members of the San Francisco Fire Department and their families. Our goals are based on scientific research, education, cancer screenings and health navigation. Through this research and advocacy, we aim to improve public health and end this threat of job-related cancer in the firefighting profession.

Friends of Firefighters is a 501(c) 3 not for profit organization that provides free, independent, and confidential mental health counseling, peer support, and wellness services to active and retired FDNY firefighters and their families.

Firefighters encounter situations the public rarely, if ever, must face.  Reducing the stigma associated with mental health in the fire service can help protect those who risk their lives every day for others.

Thousands of active and retired firefighters responded to the alarm on September 11, 2001 and 343 members of th Fire Department of New York (FDNY) perished in the collapse of the World Trade Center.  Friends of Firefighters was born within days of this catastrophic event, providing meals for exhausted rescue workers, facilitating support at funerals and memorials, and ultimately listening and responding to firefighters’ request for mental health and wellness services.

Firefighters face trauma every day, impacting their physical and mental health, as well as that of their families, even long after retirement.  Friends of Firefighters understands the common effects of the job, such as stress anxiety, insomnia, injury and sickness, strains on relationships and family life, loneliness after retirement, or struggles with addiction.  We know it can be hard to ask for help, especially for a community who is so used to helping others.

Today our free programs are services connect active and retired firefighters and their families with mental health and wellness services.  Firefighters are there for us in some of the worst hours of our lives and it is a privilege to be there for them in their times of need.  We must continue to do our very best to ensure their safety and well-being. 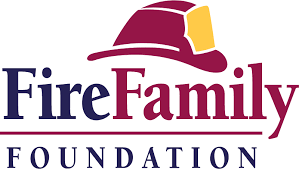 Fire Family Foundation provides support and financial assistance to firefighters and their families in times of need. Established in 2008, we are the leading charitable partner supporting the fire family in the country. Nationwide firefighters, the fire industry, and the media look to us first and recognize our compassion, contribution, and commitment to supporting the fire family. Our story starts at ground zero, September 11, 2001. Over 340 firefighters were lost in the World Trade Center attacks. In the aftermath of 9/11, LAFD firefighters began collecting donations within their stations to support the families of injured and fallen firefighters.

Honoring the spirit of how the Credit Union began, Firefighters First created a 9/11 fund, giving the donations a home and way to ensure funds reached organizations committed to Fire Family aid and community healing. Established in 2008, the Fire Family Foundation grew from that original outpouring of support to establish itself as a nonprofit foundation serving firefighters in need nationwide.

Fire Family Foundation stands ready to be there for firefighters and their families; we have their backs when it counts.  We provide assistance so they have a few less bills to worry about when a medical emergency or other hardship strikes. We grant scholarships to the college-bound children of firefighters. We fund emergency expenses and a temporary place to stay when a firefighter loses their home. We also fund other fire charities to provide for the needs of firefighters nationwide.

As the largest firefighter-specific nonprofit with a nationwide scope, we will continue to adapt and grow to meet the demands of the firefighter community. 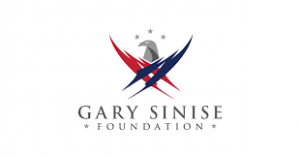 The Gary Sinise Foundation was established under the philanthropic direction of a forty-year advocate for our nation’s defenders, actor Gary Sinise. Each of the Foundation’s programs originated from Gary’s personal relationships with our nation’s service community and a wide range of nonprofits he had supported for decades. Ever aware of the gaps of care these deserving heroes often encounter, he was inspired to serve them – always giving a little more. With the creation of the Gary Sinise Foundation, his crusade now supports all those who sacrifice on our behalf: active duty, veterans, first responders, and their loved ones. Each program shows appreciation for America’s heroes through entertainment, family support, and acts of gratitude.

The experiences of war leave an indelible impact on our defenders. When they return to civilian life, the physical, emotional, and psychological challenges they face are often difficult. As citizens, we benefit from the freedom and security they fight to protect. Supporting these heroes is a responsibility we all must share.

In April 2009, while visiting Walter Reed National Military Medical Center, Gary met the first post-9/11 quadruple amputee, U.S. Army Specialist Brendan Marrocco. Brendan was severely wounded in Iraq when his vehicle sustained a catastrophic hit from a bomb blast. It was later that year, in September 2009, when the commissioner of the Fire Department of New York (FDNY) approached Gary and asked for help raising money to build Marrocco, a Staten Island native, a specially adapted smart home. Gary donated his band, the Lt Dan Band, for a concert in August 2010 in support and having done so played an integral role in placing this wounded hero in his forever home. With the launch of the Gary Sinise Foundation a year later, his home building efforts were expanded into a national crusade to serve all of America’s severely wounded heroes through GSF’s R.I.S.E. program – Restoring Independence Supporting Empowerment. Each home is mortgage-free and fully customized to the unique needs of the hero and their loved ones.

Through R.I.S.E., home modifications, adapted vehicles, and mobility devices are also being provided to injured, wounded, ill, and/or aging first responders and veterans from all military conflicts.